Fighting the Fakes: Protecting the Authenticity of EU Diplomas

When it comes to our education, working to obtain a university qualification could be considered as one of life’s greatest achievements. Many students work hard over the course of a few years to obtain their qualification – some up to six years while managing a full-time job and family life. However, as the famous saying goes, “Hard work spotlights the character of people: some turn up their sleeves, some turn up their noses, and some don’t turn up at all.”

Where there’s hard work to be had, the temptation for some to ‘skip to the good part’ is resulting in huge consequences for our society. In a world where anything can be forged, fake university diplomas in particular have become a sizeable market, with hundreds of fake online universities selling education by the pound – quite literally. In fact, “diploma mills” are a billion-dollar business worldwide, and the use of fake degrees constitutes a threat for all of society. The extent of the problem is thought to be substantial – as early as 2006, it was reported that employers estimate up to 30% of all resumes contain false qualifications. The question is, why can’t these fake diplomas be spotted? The problem lies in the difficulty to carry out a quick and simple background check on university diplomas. In fact, these can take a long processing time, often longer than businesses are willing to wait.

But what if these checks could be done in a fraction of the time? Well, this might soon be a reality thanks to EBSILUX – a joint initiative of the Ministry for Digitalisation, SnT and the Luxembourg Institute for Science and Technology (LIST) that was launched in March 2021. On SnT’s side, the team comprises Prof. Gilbert Fridgen, Alexander Rieger, Egor Ermolaev, Alexandra Hoess, Tamara Roth, and Daniel Howard MacLennan.

“Digitalisation is a major way to achieve efficiency gains for citizens, companies, and the state.”

As Luxembourg’s contribution to the European Blockchain Services Infrastructure (EBSI), EBSILUX supports the use of blockchain to develop cross-border services allowing public administrations to check information and improve their trustworthiness, resulting in improved access to trans-European services. “[Digitalisation] is a major way to achieve efficiency gains for citizens, companies, and the state,” said Marc Hansen, Luxembourg Minister Delegate for Digitalisation, in his announcement of the project.

“At first sight, digital identities and diploma credentials are eGovernment topics, yet they will also have a massive impact on business process, business models and the ways we handle all kinds of personal data.”

EBSILUX started with university diplomas as a first use case for EBSI in Luxembourg. The joint team has been working to issue digital academic certificates that are verifiable. From a technical perspective, this can be realised by combining blockchain technology with ‘verifiable credentials’, an emerging standard for digital identities. This enables a privacy-oriented, verifiable digitisation of any document or card used for the purpose of identification, authorisation, authentication or certification. When it comes to digital diplomas in particular, the initiative will help fulfil the Grand Duchy’s prioritisation of student mobility, multilingualism, and international cooperation.

Prof. Gilbert Fridgen, PayPal-FNR PEARL Chair in Digital Financial Services, serves as a Delegate to the European Blockchain Partnership. Regarding EBSILUX, he said, “At first sight, digital identities and diploma credentials are eGovernment topics, yet they will also have a massive impact on business process, business models and the ways we handle all kinds of personal data. EBSILUX is a major step forward for Luxembourg.”

EBSILUX will support transparency and trust between universities, students and employers. Being stored in a digital wallet allows the diplomas to be accessed at any time and from anywhere, so that employers can quickly check the validity of their candidates’ documentation – which will in turn lead to a faster recruitment process. The future of this programme is bright – with the potential for expanding the system into driving licences, residence and social security documents having the possibility to be stored in such a wallet. 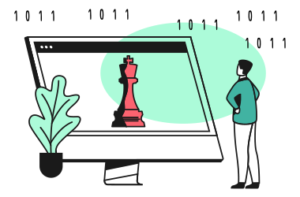 The Strategy of Computer Software Security